A downloadable game for Windows and macOS

Oh, welcome to The Bazaar. A place where friendship flourishes and bonds are made. Here you can buy very rare items of sorts that can share with 4ll 0f y0uR fr13nds.

Her Game may seem to be cute and friendly, but you'll learn that she can be very Scary and Deceptive at the End.

The Game Inspired by Love Craftian Horror, Slenderman, Amnesia The Dark Descent and Unicorns of course.

The Story is intended to be split into three separate chapters and right now  only Chapter1 is Available!!!

In order to download this game you must purchase it at or above the minimum price of $3 USD. You will get access to the following files:

just wanna say i LOVE the concept of the enemy model speeding up with each coin you collect. idk what your plans are for the game so i can't recommend/criticize much , but i cant wait 0w0

there could be an option for stealth or combat...  just a thought ^w^

You only spent two weeks on the game? Most games take months. It felt like Slender man clone but more tedious. I hope the other chapters will not be item collection based as well. I have hopes that you will out do yourself later. Try to do something outside of the box. Something interesting and truly new.

Thanks for your Comment and Suggestions!!! I'll try to come up with better gameplay for the future so the chapters doesn't feel boring/tedious/annoying/etc.

BTW the game was put together in two weeks (story, coding, layout, some SFX, UI) plus it was updated in another week. Also I reused most of the art that I made some months before the Jam. So, technically speaking the game was made in months and not in weeks.

Great start on this one, I'm excited to get more of the story in the following chapters and find out what's going on in Friendship Meadows!

to bad this game isn't on Steam. cause i'd have a better chance to buy it on there vs here on this site. i'd really love to try this game out, but unless it's made to where it's optional to give money for this. i guess i'll never truly experience it for myself. even though i never fully beaten Pinkie's Cupcake Party. i wish i could experience how this game turns out as a player and not just a watcher

This reminds me of the one pinkamena 3d cupcake game. I like it. I’m not sure if I’ll enjoy buying the game though if it’s worth it :<

Unless it’s a pretty damn good game then I’ll think about it for my birthday coming up!

You did an Amazing Job finding the Note behind the barn. Thank you So Much For the Video!!!

Enjoyed our time with the game and my brother got way more scared from it then I thought he would.

will the other 2 chapters be added to this game as updates so we don't waste our money?

Each chapter will be sold separately.

to bad this isn't one of those games where you can get it for free or decided to pay some money for it. cause i don't have money or a way to spend money to get this game to experience it

For that instance there are my other Free Games ;3

i know. but after the whole thing with Pinkie's Cupcake Party. i was curious to try this one out after i. well. i didn't see Luigikid play it. but he was the one i found out about this game

So I played this game with high hopes, "Another game by EightBlackey!" I thought. I assumed that this would be a fun horror adventure with the added bonus of having unicorns and stuff I guess. But it wasn't as fun as I thought it would be.

The first half of the game is just collecting objects to open new paths, which is fine. I didn't really understand the controls at first, and so that hindered me a bit, but once I got the hang of it it was fine. Once I went to collect my prize from the chest things abruptly changed, the sudden sound effect startled me and I was in a clearing. I knew that once I collected the coin there was no going back. Things went downhill from there. The collection of the coins was pretty tedious and overall not that fun, though I have to say after playing more the story told through the notes did keep things interesting. Still the music soon became repetitive and the enemy wasn't that engaging. I almost quit several times due to how frustrating it was. The scenery also clashed with the more cartoony character models, even if this was intentional it still is offputting and not in a good way.

This isn't to say that there wasn't anything I enjoyed. When I was looking up at the beginning of the game I spotted a cameo from anilade, so that was pretty neat. And like I said before the bits of story that I got were pretty interesting, if a bit familiar, there was quite a bit of friendship and such. And the ending was pretty nice, if a bit confusing. I wouldn't be buying any cupcakes from popsicorn. Anyways, I thought it was ok, I wouldn't say it was worth the money though. Here's to your continued success as a game developer! I hope you do well.

K'ay pal, let's get straight to the point.

Everything was nice and crisp with your comment 'til you mentioned it wasn't worth the money. I really don't see why should you say something like that for the following reasons:

Said that, don't come at me saying it wasn't worth the price dude. If you don't like the thing that's fine I don't have problem with that, but don't discourage others from buying it just because you don't like it (You didn't liked it even before you played it and you Got the Game for Free from a key that wasn't specifically for you).

I see, sorry if I offended you or anything like that. I didn't mean to devalue the time that you spent working on it, or that there wasn't a lot of effort put into the different aspects of the game.  Also you say that I "didn't like it even before I played it" and that simply isn't true. I was excited to play it! I really enjoyed Nightshade 2.5d, I thought it was very clever and an interesting concept. Everything meshed together well. I assumed that this game would be the same if not better, considering that there was a price. I know that I did get it for free,  and I was just saying that I probably wouldn't have thought it had been worth the price if I had bought it.

It wasn't that I thought the game was overall bad, it was that the final product didn't seem to me as good as some of your previous works. Going back to Nightshade, I enjoyed that game even before the 3d section was added. It had nice visuals, a nice story, and some fun secrets. Multiple endings even! Then when the 3d section was added it became even better. The chasing mechanic was engaging because you were running down these winding corridors, being able to use the glitches to your advantage, finding keys and stuff. It was scary enough I didn't want to play it in full screen.

And of course I shouldn't compare this game's chasing mechanics directly to Nightshades, as I am sure those took quite a bit longer, but still that part of this game just felt a little empty. Sure it was pretty spooky at the start, with the pony skeleton monster literally rising out of the ground! But after that it was just them chasing you around, in a forest, for a bit too long. The story did help to spice things up a bit, but gameplay wise nothing much changed. I assumed that every 10 coins I collected the enemy got faster, mostly because of the sound effect, but even then it just felt pretty samey throughout.

I know that buying assets and the like can be expensive, I have spent quite a bit to get various things from the unity asset store. But also, you would most likely use them in multiple projects, unless you bought them for one specific purpose never to use again, which I assume isn't the case. I know that 3d modelling takes a long time, as I have tried to make models for some of my previous projects, though to very limited success. The character models were a  great part of the game, much better than anything I have ever done. Though I also would assume you would at least reuse Popsicorn in later chapters. As for the bendy comparison, well yeah, that is actually pretty fair. I didn't really make the connection, with the pricing I mean.

Also, the music.  The music did a good job of setting the tone when you were just walking around, giving off a bit of a foreboding vibe even as it seemed cheerful. And even though it did seem to get quite repetitive when you got to the running section, maybe it just wasn't my cup of tea, and others would enjoy it better than I. I also know that music takes a lot of time, as I have composed a soundtrack for one of my previous game jam games, and am currently trying to make some other music. So yeah, music is hard.

Sorry if this was a bit long, I just wanted to try and address the points you made. And like I have said previously, I am excited for your future projects, you seem to have a real talent for 3d modelling, and most of your games have quite interesting story's. At the end of it though, I just don't want to come off as cold, like I don't get that game development does take a lot of time, effort, and money. Once again, sorry if I struck a nerve. Hope you continue to make great games!

This game seems all cut and cuddly. But there is a twist.

This game looks so good, the unicorn looks crazy and cute, I can see lot of love and time was put on this game, I will bay it as soon as I can...(edit) done! I love it, how something so cute can be so scary?!!!

Correct me if I'm wrong, but there might be some spooks. I would totally buy this, but money is expensive, you know? Looks pretty cool though, might purchase it later down the line. I guess I will wait to see what other people think first. Good job on stuff I guess.

Yep, Indeed there are some Ghosts in here, so now you know 0W0. Also, I'll add the game to the Halloween Sale, making the price more accessible if you want to get it there. Thanks for the feeling!!! 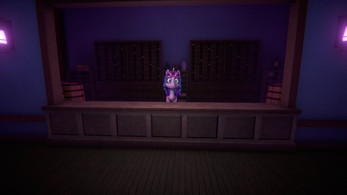 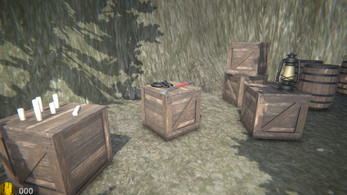 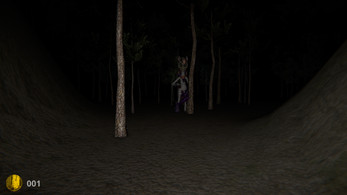 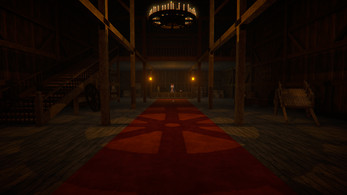